What You Need to Know about Kratom – What is It? 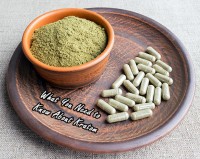 Kratom is controversial because its health benefits and potential side effects are still being studied, at least in the Western world.  Funding for such studies is difficult to secure as a positive outcome is a direct threat to many of the pharmaceutical industries most lucrative products.  In the United States, kratom is being handled somewhat similar to cannabis as local and federal government sort of ‘looks the other way’ and unofficially allows its use to continue while testing is taking place.  Also similar to cannabis, increased kratom use has not led to a national health emergency; the government mostly wants to make sure people aren’t using kratom under false claims when they should be taking something else proven to be effective.

Will California Ever “Legalize” CBD?

Cannabis Litigation: Will the Supreme Court Hear the Litigation to De- or Re-schedule Marijuana?

Our presentation for the FDA's Hearing on Cannabis

Can Drug-Sniffing Dogs Tell the Difference Between Marijuana and Hemp?

The Heat: Canada's decision to…

Illegal for your Vet to Prescribe CBD…

Temperatures and Humidity in your…

ACT legalises marijuana for personal use