The Futility of the War on Drugs in 2020 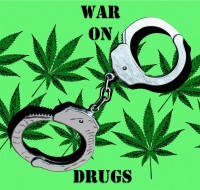 The War on Drugs was officially declared in 1971, and since then has survived for nearly a half a century. It was Richard Nixon who declared drugs “public enemy number one” – however, his reasons were far removed from protecting “public health”. It’s a well-known fact that Nixon used the drug war as an excuse to break up protests and silence his opposition – until, of course he caught impeached and removed from office.

How to Condition a Cutting Board using Hemp Oil

Washington DC Will Officially Vote on…