Ancient Times to Today – Cannabis for Obstetric and Gynecological Health 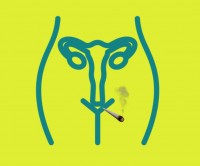 In gynecology and obstetrics, cannabis has an age-long culture of usage as a medicine. Right from ancient times even up till today, cannabis has been a major part of the treatment of several obstetrics and gynecology illnesses. From time immemorial, cannabis has been used for health-related purposes and more recent research data further validates the viability of CBD and THC as substitutes for the treatment of several gynecological conditions. Since the times it was discovered by humans, women’s health and cannabis have been inseparable. Cannabis use in old gynecology and obstetrics unfold the chemistry between the peculiarity of the female cannabis flower and a woman’s nature. For diseases related to the reproductive system, cannabinoids have always acted as an effective ingredient for years. And until today, cannabis still plays a major role in the health of women.