What Are Russian Cream Backwoods Blunts and Why Are They So Popular?

What’s the deal with Russian Cream Backwoods wraps? And why are they so popular for rolling blunts? These questions seem to be on the lips of anyone who isn’t indulging in these dank delicacies — or actively on the hunt to find them. So let’s answer these queries on a topic-by-topic (and, later, toke-by-toke) basis.

What Is Russian Cream?

Inspired by the luscious dessert dish with which it shares a name, the Russian Cream flavor is a relatively new — and explosively popular — development in the world of tinctures, synthetic terpenes, and product varieties when it comes to cannabis.

The allure of Russian Cream is in the taste. Russian Cream delivers a lush, velvety mouth-feel and it cascades with rich flavors that include coffee, chocolate, caramel, vanilla-licorice, sweet tobacco, and, in keeping with its spiritual motherland, vodka.

To create Russian Cream smoke products, the flavor is saturated into wrappers, which are typically tobacco leaves or tobacco-infused rolling papers. A number of manufacturers are cranking out Russian Cream cigars and cigarillos, but the brand that’s most in demand for blunt-rollers, by far, is Backwoods. 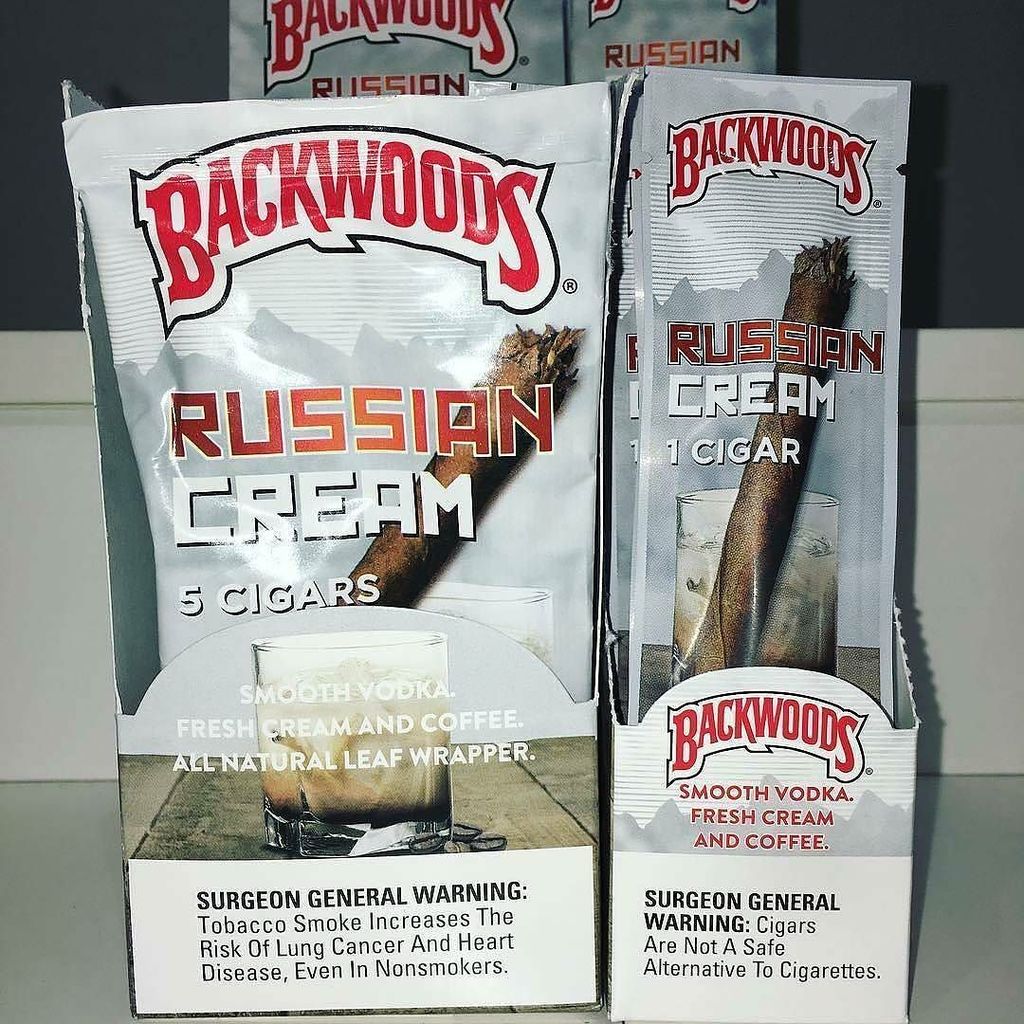 Backwoods Russian Cream cigarillos make the best blunts. It’s (almost) that simple. A blunt, of course, is a cigar that’s been unrolled and emptied of its inner tobacco content, then packed with marijuana and rerolled so as to be ready for sparking.

Made from additive-free, raw tobacco leaves, Backwoods’ small cigars debuted in the late ‘70s. Stoners quickly took to Backwoods, as the thin tobacco wrapping enabled smokers to load a lot more weed into each blunt than was possible with the stiffer, less malleable wrappings of competitors such as Phillies, Swisher Sweets, and White Owl.

That stated, creating Backwoods blunts proved more intricate than just using typical, paper-rolled products. The added challenge of that flimsy wrapping and potential for odd shapes, then, added yet another cachet to anyone who could successfully concoct a Backwoods blunt — and it still does.

Fortunately, MERRY JANE has published an easy guide to rolling Backwoods blunts, all the better now to deliver your Russian Cream cannabis delights. More recently, Backwoods blunts smokers have added another level of elite status, by packing seemingly impossible amounts of pot into each smokable, then puffing away impressively on social media. 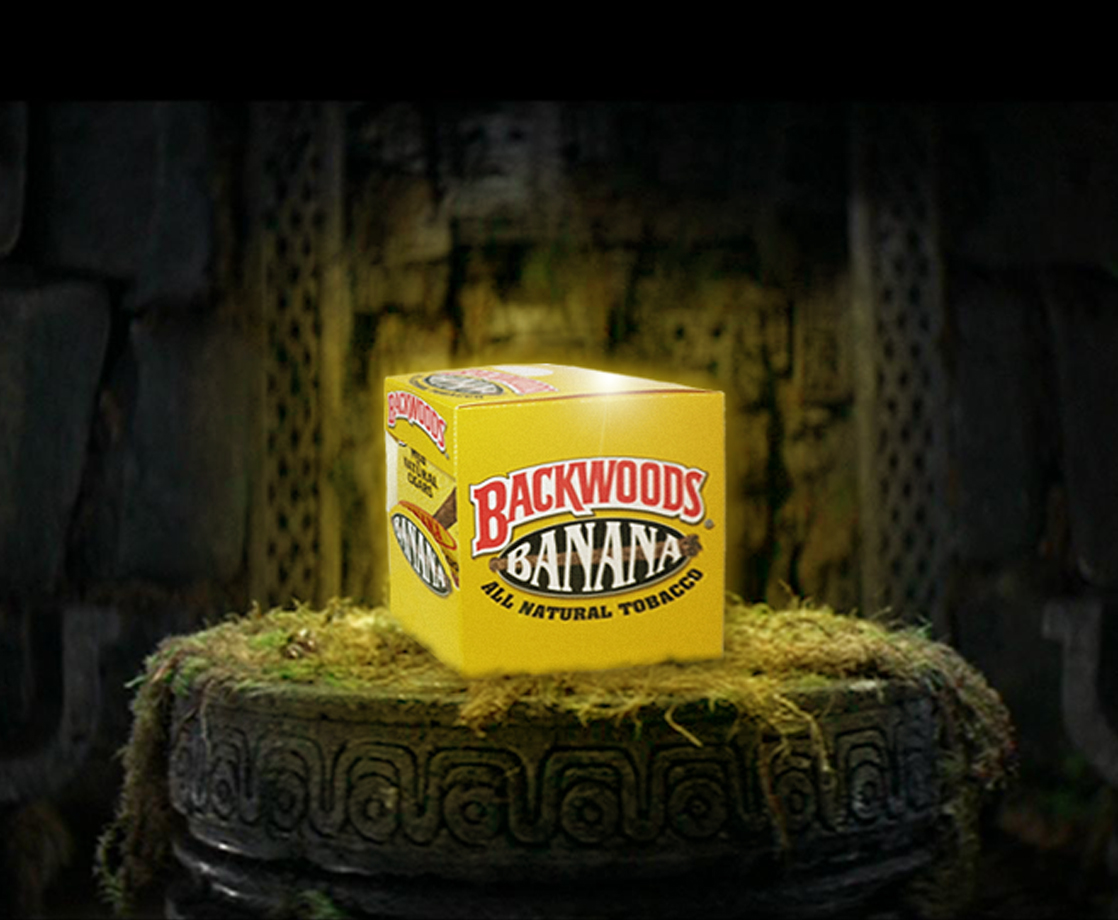 Why Are Some Backwoods Blunts Considered “Rare”?

While Russian Cream Backwoods are presently all the rage and can be easily obtained, six OG Backwoods flavors — Banana, Grape, Port, Vanilla, Wild Rum, and Wine — are no longer available in the United States and have since become hot-ticket items on the online resale market.

As a result, obtaining the discontinued Backwoods flavors from various countries where they’re still available has taken on the air of high-end stoner collectibles such as limited-edition overseas sneakers or Supreme gear.

And since both untaxed tobacco products and pre-rolled blunts remain illegal to sell or buy in the US, snagging ready-made Backwoods blunts packs the thrill of obtaining contraband Cuban cigars, only made extra alluring by the power of pot.

What Are Dankwoods Blunts?

Dankwoods is an outlaw operation that produces pre-rolled blunts, apparently made using Backwoods wrappers. Other pre-roll brands have used names such Barewoods, Litwoods, and Packwoods to similarly indicate what their blunts supposedly started out as in tobacco form.

The mysterious Dankwoods is active online and has tens of thousands of social media followers. The company indicates it manufactures and sells pre-rolled blunts consisting of “a Meduro leaf wrapped around two grams of all organic fire bud with a quarter gram of concentrate made from nugs and rolled in kief with a custom-made reusable quartz filter.” Strains allegedly up for grabs include Wedding Cake, Thin Mints, Sunset Sherbert, Gorilla Glue, and Girl Scout Cookies.

However appetizing those treats might seem, though, please be aware that Dankwoods is a completely illegal endeavor and therefore should in no way be trusted. None of their claims are verifiable, and it’s unlikely that any of their products have been tested for safety. As such, it’s probably best to stick with your own hand-rolled, homemade Russian Cream Backwoods blunts — and not the unlicensed pre-rolled blunts sold online.

Where Are Russian Cream Backwoods Mentioned in Pop Culture?

As always when it comes to cannabis — and everything else, really — hip-hop is on the cutting-edge of incorporating and elevating Russian Cream into popular culture for the rest of us.

The 2018 anthem “Russian Cream” by Key Glock powerfully propagated the flavor among the mainstream by way of the lyrics, “Stuff them bands in my jeans/Slap them thirties in them things/Pull the trigger, let it sing/Then go smoke a Russian Cream.” 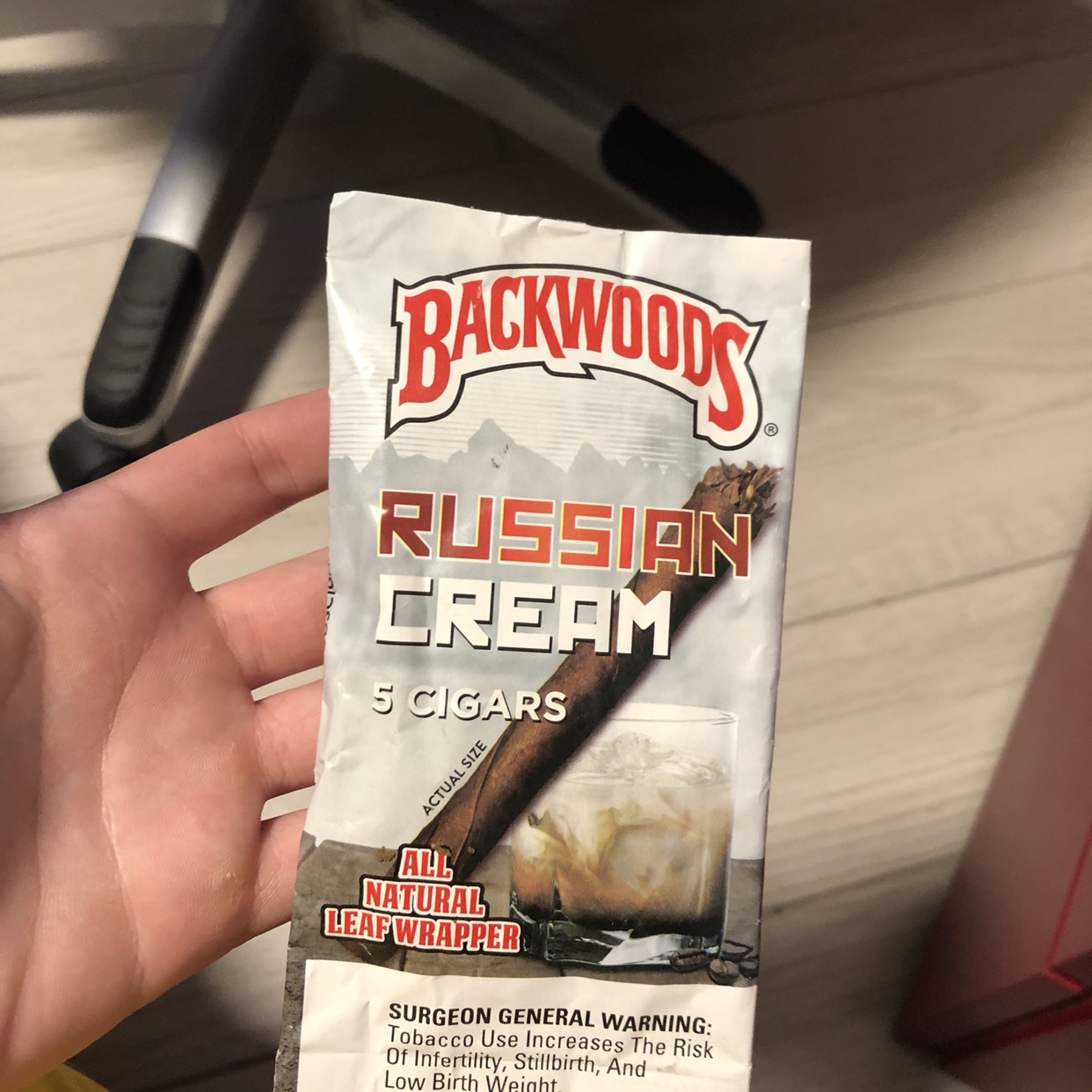 What’s the Future of Russian Cream Backwoods Looking Like?

That’s entirely up to you. We recommend purchasing some Russian Cream Backwoods, rolling them into blunts, and seeing where the resulting high takes you. You can be happily sure it’ll be someplace sweet.