What is Cannabicyclol (CBL)? The Cannabinoid of the Future? 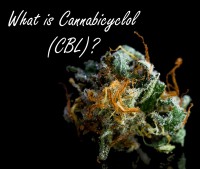 Cannabicyclol (CBL), discovered by Korte and Sieper in 1964 is a non-psychoactive cannabinoid that was initially thought to be THC and named THC III. In 1967 however, after a careful conversion from CBC, isolation, and study, CBL was renamed. In 1971, its proper structure was discovered and it was also confirmed that CBL is not a naturally occurring cannabinoid. As is common with other cannabinoids, CBL is derived from the decarboxylation of CBC as a result of exposure to light or oxygen. It is also sometimes referred to as cannabipinol or CBP.

What is “Thai” Weed and Why Do Cultivators Love This Landrace Strain?

Recreational marijuana is legal in Illinois on Jan. 1. Here's what you need to…

The cannabis products you can expect to find in stores…

How to Make Cannabis Tincture and…

The cannabis products you can expect to find in stores…

Cannabis News – Legal Marijuana in Canada by End of…