The Top 5 Discoveries in Cannabis Science of 2019

2019 proved to be quite the year for scientific discoveries in weed. Many of the biggest studies confirmed things we already knew, like cannabis works great for migraines, it kills some cancer cells, or that legalizing weed leads to lower opioid abuse rates. While some studies challenged our most persistent academic understandings of ancient cannabis use, others gave us deeper insights into the plant’s evolutionary origins.

What you’ll find here is a short list of discoveries MERRY JANE believes will have far-reaching consequences — not only in terms of cannabis science, but also for the industry and cannabis culture as a whole. Keep in mind that due to federal restrictions on cannabis research, this field is still in its infancy, and any mind-blowing discovery made today may be debunked by 2020.

That’s just how we gotta roll in the new age of legalization and normalization. 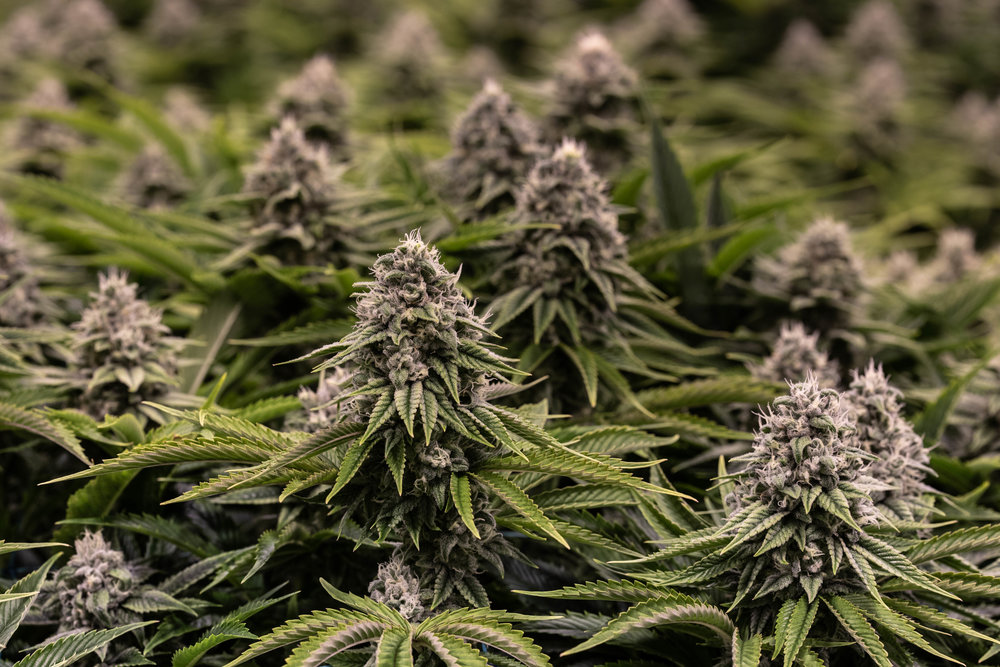 No. 5 — Flushing Weed May Do Nothing for Its Flavor or Burnability

OK, so, admittedly, this first discovery was the least scientific compared to the others mentioned in this article. Nonetheless, it challenges some long-held beliefs about cultivation, and whether cannabis connoisseurs really possess the sensitive palates they claim they have.

In December, RX Green Technologies conducted its own in-house study to see if cannabis critics could tell which buds got properly flushed and which ones didn’t. Flushing is a process where growers feed their plants pure water to wash out any excess nutrients that may have built up in the plant’s tissue. The general rule of thumb is to flush plants for a good week or two before cutting them down and hanging them to dry.

RX Green Technologies’ study not only found that most participants were incapable of telling flushed from unflushed buds, but also most of those in the study preferred the flavor of unflushed buds. Additionally, chemical analyses of the flower showed no discernable differences between flushed buds and unflushed ones, nor were there any detectable differences regarding how the buds burned or ashed.

Of course, RX Green Technologies manufactures two popular chemical feeds for cannabis — GROW and BLOOM — so the company’s study may be biased. Furthermore, the study wasn’t peer-reviewed or submitted to any journals, so it hasn’t been subjected to the same scientific scrutiny as the other discoveries listed below.

Nonetheless, RX Green Technologies’ findings should kickstart discussion on what makes high-quality weed, and whether cannabis critics really know what they’re talking about. 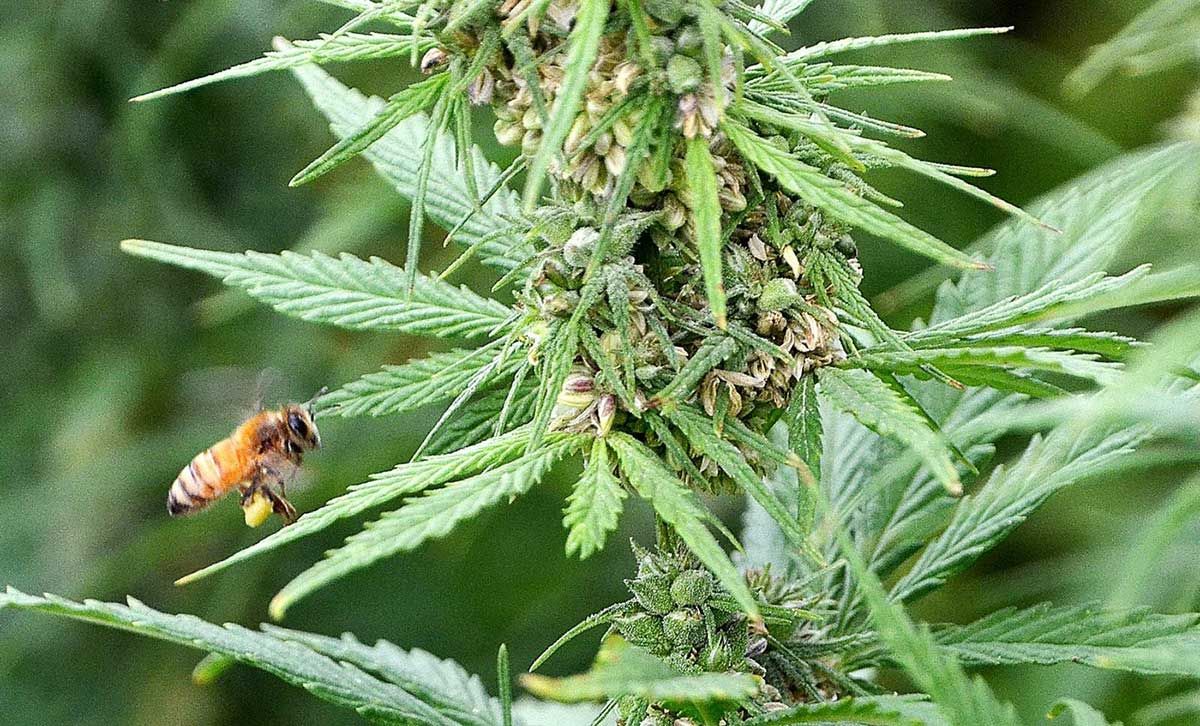 No. 4 — Bees Love Male Hemp Flowers, and We Have No Clue Why

This month, a study published in Environmental Entomology found that American bees flock to hemp farms. The little pollinators seemed especially keen on hemp’s male flowers, even though these buds don’t produce nectar, the sugary-sweet liquid that bees feed on for energy.

While the scientists weren’t sure why bees loved hemp, they did discover that bees would pollinate nearby on non-hemp plants at higher frequencies, simply due to the presence of hemp. On top of that, bees would communicate to their hives where to find the hemp farms, indicating that cannabis plays an important role in overall ecological health, not just commercially-driven agriculture. 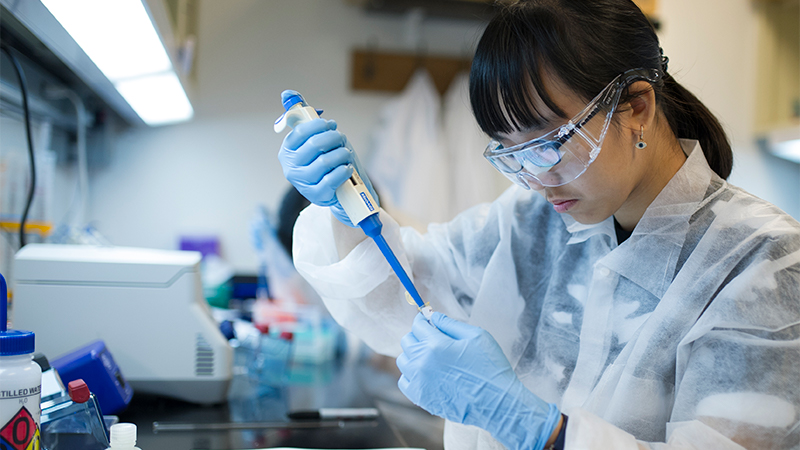 Regardless of how you feel about GMO crops, cannabis has officially entered the gene-tweaking fold. A New Mexico-based firm, Trait Biosciences, announced this summer that it had created a truly transformed cannabis plant, which the company designed by splicing artificial genes into weed via genetically-modified agrobacteria.

This new plant, which does not exist in nature, can produce water-soluble CBD, meaning the modified cannabinoid can be extracted by simply cold-pressing the plant material rather than subjecting it to toxic hydrocarbons like butane and propane.

Trait Biosciences claims it can customize cannabis strains for specific cannabinoid ratios, terpenoid ratios, and other characteristics such as drought- or cold-resistance. While many of these claims remain to be seen, scientists have accomplished similar feats in other crops using the same technology, so we’ll likely see Big Ag move in on our favorite flower sometime in the next decade. 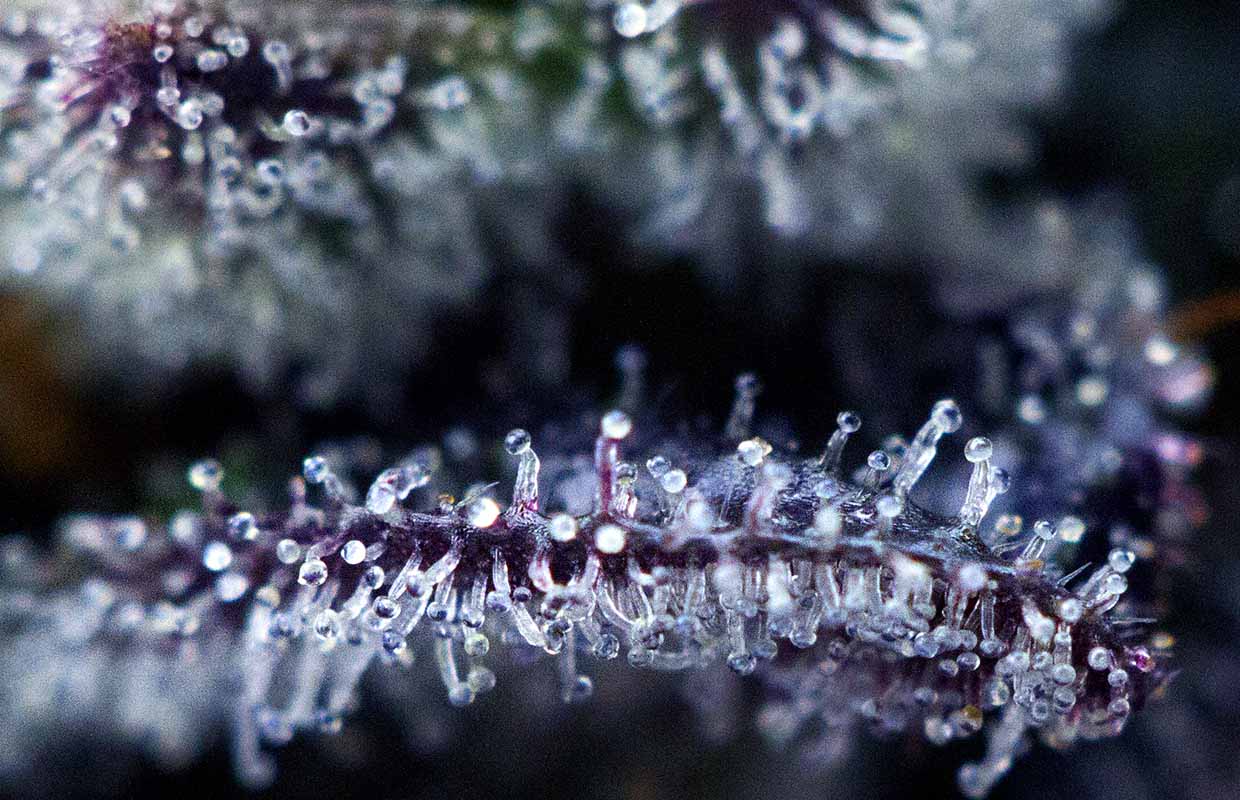 No. 2 — The Most Potent Painkillers in Cannabis Are Its Flavonoids

While the masses are riding high on the CBD craze, researchers discovered that neither THC nor CBD are cannabis’s primary painkillers. Instead, they found that two other flavonoid compounds — cannflavins A and B — actually possessed the greatest pain-killing potential, with analgesic properties estimated at 30 times stronger than aspirin. They published their results in this summer’s edition of Phytochemistry. The results will impact our understanding of cannabis as a pain management treatment, seeing as chronic pain is the number-one reason why Americans get medical marijuana cards in the first place.

Here’s the wildest thing about cannflavins A and B: They’re only found in cannabis. No other plant species are known to naturally produce these two flavonoids. So, while scientists remain fixated on THC and CBD, the scientific community may be ignoring flavonoids and polyphenols — two prominent chemical classes in cannabis that are often overlooked in favor of the cannabinoids’ novelties.

No. 1 — Our Genes May Explain Why We Experience Different Highs

To be fair, this isn’t just one discovery. Researchers found a few genes related to various psychoactive responses with cannabis, and when we add them all together, we start getting a very different picture regarding customized highs, one that’s much more nuanced than what the cannabis industry is currently marketing.

Right now, terpenes are all the rage. These aromatic compounds possibly affect what kinds of highs or moods we experience when we get lit. For instance, the terpene limonene (found in lemons and limes) may contribute to our focused, motivated highs, while myrcene (found in mangoes) may contribute to the sluggish couchlock effect. So, naturally, weed products are now marketed for specific heady effects, such as alertness, euphoria, or sleepiness.

However, terpenes alone don’t explain why some of us get wired on limonene while others may experience completely opposite effects with it. Or why others feel no difference between weed strains or products, which suggests there are other factors affecting our moods and highs.

One study from April found that many people are born with mutant CB receptors, the proteins on our cells that interact with THC, CBD, and our bodies’ endocannabinoids like anandamide and 2-AG. So far, scientists know about 15 different versions of the CB1 receptor, the one that’s most responsible for feeling weed’s sweet high. These mutant receptors bind to THC differently than the average or “wild-type” receptors, which could produce differing psychoactive effects when two people smoke the same kind of weed.

Another study from July discovered that weed activated two separate brain regions in rats. Rats that seemed to experience euphoria from weed had forebrains that lit up the most from THC. Meanwhile, rats that seemed to experience paranoia had their hindbrains light up the most from THC, indicating that genetic differences among the rats were the greatest contributors to whether they experienced “up” or “down” highs.

Some studies found that mutant genes were responsible for the 10 percent of unfortunate people who get (mildly) addicted to weed, while other data determined that the CHRM3 gene, which is linked to psychosis, might explain why some people experience hallucinations when stoned.

Of course, none of the above studies invalidate terpenes and customizable highs, but they do show that our experiences on weed cannot be reduced to a simple Terpene A causes Effect B in all or most people.

What will 2020 have in store for the science of cannabis? It’s currently unclear, but considering that the federal government is starting to loosen up on weed research, and millions — if not billions — of dollars are being poured into studying this plant and its constituent chemicals, you can bet this next year will grant us an even greater understanding of this plant that is, as you read this, already revolutionizing commerce, science, medicine, politics, religion, and culture.

Nuns break the law by growing and selling marijuana illegally

What Are Cocaine’s Medicinal Uses and Why Was Coke Made Illegal?

Following Up: Questions From The Infused Products Virtual Conference Answered

Is It Okay for Christians to Use CBD…

"No Choice But To Break The Law”- Says Cannabis…

Nuns break the law by growing and selling marijuana…