Colorado Has Sold Over $7.6 Billion Worth of Legal Weed Since 2014

Unless some utterly unforeseen disaster hits Colorado’s marijuana market in the next two weeks, 2019 will surpass the state’s 2018’s legal weed sales record. It would be the fifth year straight that the Centennial State topped its previous yearly sales.

As reported by Thomas Mitchell at Denver’s Westword, state data showed that Colorado’s legal pot shops sold $1.54 billion of cannabis products in 2018. As of October 2019, the state has already sold $1.46 billion worth of weed, with the 2019 annual total likely topping 2018’s once the November and December data finally rolls in.

To date, Colorado sold $7.6 billion worth of weed products since January 1, 2014. The state coffers have collected $1.18 billion in tax revenue from legal weed sales. 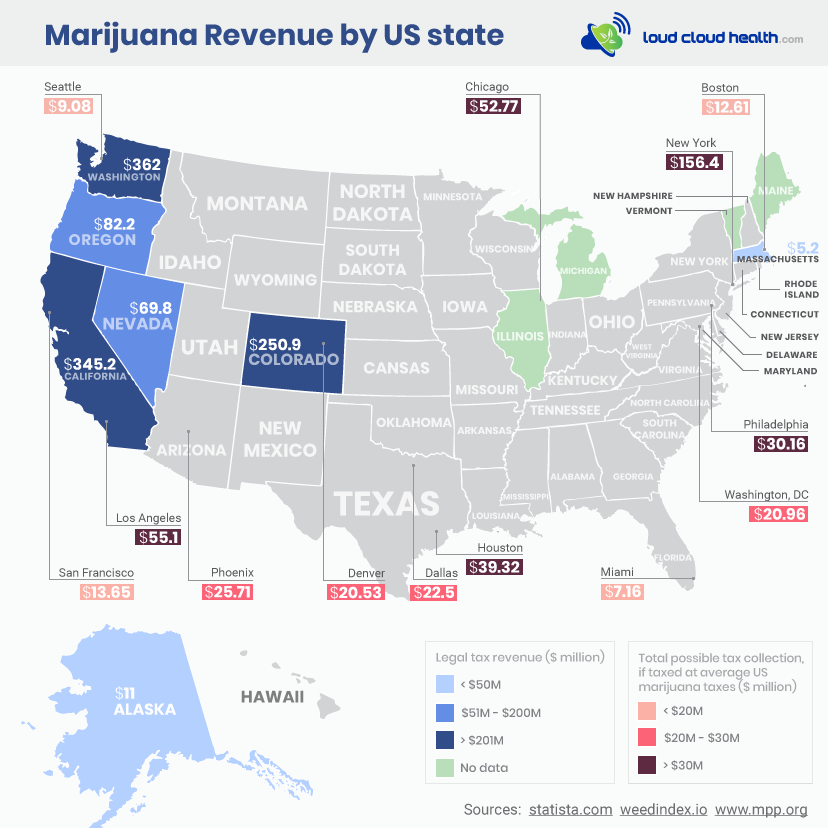 How have other states fared in comparison to Colorado? Washington, the first state to technically legalize weed but the second state to begin recreational sales, scored $1.37 billion for marijuana sales in 2018. California, the nation’s and the world’s largest recreational marijuana market, sold $2.5 billion last year, and the Golden State will more than likely blow past the $3 billion mark by the end of 2019.

And while the federal government considers marijuana both addictive and illegal, Uncle Sam raked in $4.7 billion in taxes from state-legal cannabis businesses in 2017. While the 2018 figures still haven’t been publicized, if federally legalized, weed could make the feds $129 billion richer in tax revenues by 2025.

No matter how you look at it, cannabis is generating a lot of green from a hazy, legally gray area. Now imagine how much more the industry could make if the plant was legalized nationwide.

The Secret to Marketing Cannabis to Women

The TRUTH About CBD in Skin Care – Is it worth it?

Is Cannabis a Tool for Creativity or a Crutch Against It?

Should You Fertilize Your Cannabis Plants with Coconut Water?

The TRUTH About CBD in Skin Care –…

How To Make Chocolate Cannabis Edibles

The TRUTH About CBD in Skin Care – Is it worth it?